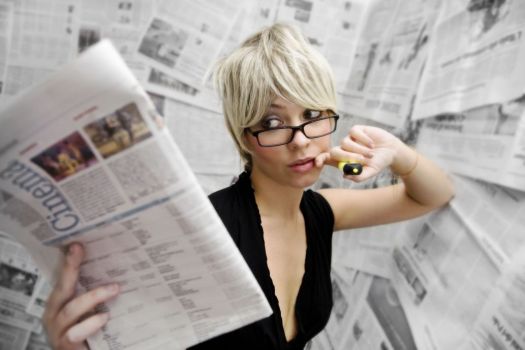 An author of several nonfiction books recently spoke to me about editing his crime novel. He explained the book’s plot in detail. I suspect he’ll have no trouble convincing an agent of his book’s commercial appeal, if he can write it. After reading a few pages of his incomplete manuscript, it became clear that we’d been talking about editing when what he probably required was a creative collaborator or coauthor. [Updated on January 8, 2009] When I was a freelance copyeditor, I offered ghostwriting as a service but never considered it synonymous with collaboration.

Attempting to categorize different types of editing is essentially futile, because a proposal for line editing can easily mushroom into substantive editing. There’s a significant difference between copyediting and proofreading, for example, but it can be pointless to make the distinction when most people use the words interchangeably.

Copyediting is the term used for polishing a manuscript by correcting punctuation, spelling, grammar, style, inconsistencies, and factual errors. There are various types or levels of editing. The more severe and time-consuming the work is, the more expensive it becomes.

Proofreading, also known as line editing, usually involves comparing word for word a text that is ready for publication (often referred to as a printer’s proof or a proof copy) with the version that was previously copyedited. A proofreader marks any differences, formatting flaws, and typographical errors for correction without regard to the writing’s literary value.

Some editors eschew the definitions, while others outline their own specifications or simply charge by the hour instead of by the word. There are editors who offer workshops and serve as writing coaches, and many editors are also capable writers.

I decided to ask other freelancers what they thought about the difference between copyediting and collaboration and how they would work with an author like the crime novelist.

Dianne and Liz Lorang are co-owners of The Write Help, a freelance editing and writing business in Littleton, Colorado. They offered me their opinions of how editing, ghostwriting, and collaboration differ:

Editing is correcting/improving what someone else has written and includes content editing, line-by-line editing, copyediting, and proofreading.

Ghostwriting is writing something for someone else, usually from scratch and usually letting them take all the credit.

Collaboration often starts in the initial stages with discussion of the basics, such as the pitch or plot of the book or screenplay. It then moves on to dividing tasks according to individual abilities. Other times, however, a collaboration starts when someone has an idea but needs more input, such as from an expert or a specialist who has something unique to bring to the project. This differs from hiring editors or ghostwriters, who often receive nothing more than compensation for their work. In other words, collaboration usually means getting credit for one’s contribution as well as a share in the profits.

While an editor’s work may elude strict categorization, freelance copyeditor and fantasy author Deanna Hoak quips, “It does take a certain personality.” For deeper insight into what copyeditors actually do with a manuscript and how they do it, read Hoak’s description of her process, a fine example of transparency.

Writers and editors need to be compatible but are often adversarial. Raymond Carver’s original manuscript for What We Talk About When We Talk About Love has been contrasted with the published version heavily edited by Gordon Lish. Seeing the two texts juxtaposed is disturbing, but it evinces the uneasy merger of writing and editing.

When I contacted consultant and writer Lee Down of One Man Can about coaching authors, he told me:

Well, it just so happens I’m working with a local writer here in Vancouver on his manuscript. He had the story pretty much written, the problem was everyone hated it. Having looked at it, I could see that he had been telling a story and trying to make a statement all at once; that’s where it fell apart.

Understanding the statement he was trying to make, I was able to coach him to write more into the development of the story so that the readers will actually experience the realization on their own. Readers, I’ve learnt the hard way, hate to be “told.”

Are screenwriters accustomed to creative collaborations that give form to plots or proposals they have no part in devising? I’d love to hear from someone who has taken part in a successful literary collaboration. I’d also be happy to convey contact information to the crime novelist, who may still be looking for a creative collaborator.

This site uses Akismet to reduce spam. Learn how your comment data is processed.

A selection of writing resources